Remembrance Day (sometimes known informally as Poppy Day) is a memorial day observed in Canada and Commonwealth of Nations member states since the end of the First World War to remember the members of their armed forces who have died in the line of duty. Remembrance Day is observed on 11 November in most countries to recall the end of hostilities of World War I on that date in 1918. Hostilities formally ended “at the 11th hour of the 11th day of the 11th month.”

“In Flanders Fields” is a war poem written during the First World War by Canadian physician Lieutenant-Colonel John McCrae. He was inspired to write it on May 3, 1915, after presiding over the funeral of friend and fellow soldier Lieutenant Alexis Helmer, who died in the Second Battle of Ypres. 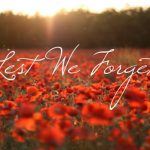 In Flanders fields the poppies blow
Between the crosses, row on row,
That mark our place; and in the sky
The larks, still bravely singing, fly
Scarce heard amid the guns below.

We are the Dead.   Short days ago
We lived, felt dawn, saw sunset glow,
Loved and were loved, and now we lie
In Flanders fields.

Take up our quarrel with the foe:
To you from failing hands we throw
The torch; be yours to hold it high.
If ye break faith with us who die
We shall not sleep, though poppies grow
In Flanders fields.

The most sacrosanct and central element in Remembrance is the Two Minutes of Silence. During this time of reflection, Canadians pause to honour, thank and remember our Fallen. 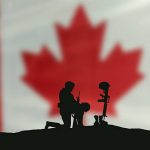 Top 3 Screwdrivers for Locksmiths | Mr. Locksmith Video For further information go to  Mr. Locksmith Kelowna Let us talk about three of the must...

Gun Safe Recalled Over Lock Failure For further info go to Mr. Locksmith. A gun safe has been recalled because of a malfunction that allows it to...

Locksmith Calgary Gets Busted By a Smart Accountant

Mr. Locksmith Video “How to open a Locked Bathroom Lock or bedroom lock with a Milk Jug or Credit Card.” Part 2